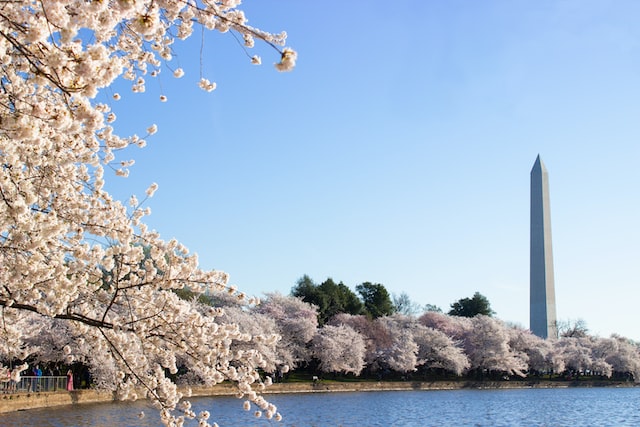 PrevOur take on the top HBCU Campuses in the U.S.
The Best Things to See & Do in Georgetown – Washington, D.C.Next

The political and military leadership of George Washington was crucial to the formation of the United States. He brought together Americans from thirteen different states as the head of the Continental Army, defeating Britain’s greater armed force. Washington’s outstanding leadership set the bar for all presidents who came after him as the nation’s first leader. The Washington Monument stands as a magnificent reminder of George Washington’s glory over the city that bears his name. Like the man, the monument is unobscured by anyone.

The Washington Monument, constructed as an Egyptian obelisk to evoke the eternal nature of ancient civilizations, captures the nation’s reverence, admiration, and gratitude for its most essential Founding Father. At 555 feet, 5-1/8 inches, the Washington Monument was the highest structure in the world when it was finished.

Today the monument represents the founding of the United States and is a quintessential stop on any trip to Washington, D.C. 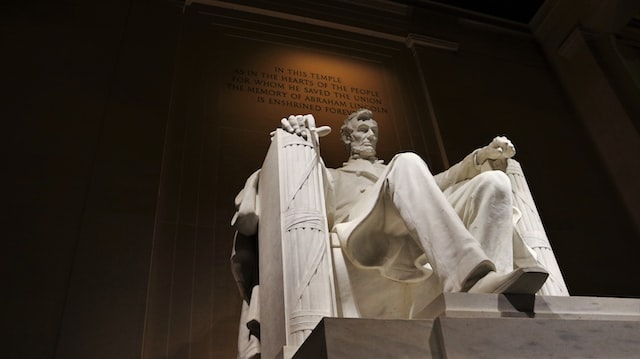 The Lincoln Memorial is a national monument in the United States dedicated to the memory of Abraham Lincoln, the country’s 16th president. It is in the shape of a neoclassical temple and is located on the western end of the National Mall in Washington, D.C., across from the Washington Monument. Henry Bacon was in charge of creating the memorial. The massive center statue of Abraham Lincoln in the memorial’s interior was designed by Daniel Chester French and carved by the Piccirilli brothers in 1920. The epitaph above the monument was written by Royal Cortissoz, and the interior paintings were painted by Jules Guerin.

It is one of many memorials created to honor an American president and was dedicated in May 1922. It has always been a popular tourist destination and, since the 1930s, has occasionally served as a symbol of racial harmony.

The structure, which takes the shape of a Greek Doric temple, houses a sizable sculpture of Abraham Lincoln in a seated position as well as inscriptions of two of his best-known speeches, the Gettysburg Address and his second inauguration address. The “I Have a Dream” speech by Martin Luther King Jr., made on August 28, 1963, during the event that marked the conclusion of the March on Washington for Jobs and Freedom, was one of several well-known speeches that have taken place at the memorial.

The National Park Service’s National Mall and Memorial Parks department is responsible for overseeing the national memorial, along with other monuments on the National Mall such the close-by Vietnam Veterans Memorial, Korean War Veterans Memorial, and World War II Memorial. It was ranked eighth on the American Institute of Architects’ 2007 list of America’s Favorite Architecture and has been a part of the National Register of Historic Places since October 15, 1966. More than 7 million people visit the memorial each year, and it is accessible to the public 24 hours a day. 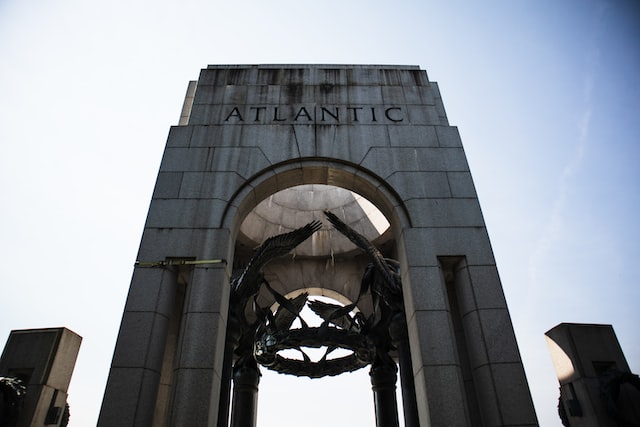 A national memorial honoring Americans who fought in World War II both as soldiers and civilians is called the World War II Memorial. It is situated in Washington, D.C., on the National Mall.

The memorial is surrounded by an oval plaza and fountain and has 56 pillars that stand in for the states and territories of the United States. It also has two tiny triumphal arches for the Atlantic and Pacific theaters. Between the Lincoln Memorial and the Washington Monument, near the eastern end of the Reflecting Pool, it took the position of the Rainbow Pool. Friedrich St. Florian, an Austrian-American architect, provided the building’s initial design.

On May 29, 2004, President George W. Bush delivered  a dedication speech after it had been opened on April 29. The National Park Service’s National Mall and Memorial Parks department is in charge of looking after the memorial. In 2018, more than 4.6 million people went to the memorial.

A visitor travels along one of two walls while viewing scenes from the war experience in relief as they approach the semicircle from the east. The images begin with soon-to-be servicemen receiving physical examinations, taking the oath, and receiving military equipment as one advances on the left (toward the Pacific arch). The reliefs move through well-known situations, such as battle and burying the dead, before concluding with a welcome-home scene. A similar evolution may be seen on the right-side wall (facing the Atlantic arch), but the scenes there are generally more representative of European theater. Some of the sequences, which show the preparations for air and sea assaults, are set in England. The American and Russian forces shaking hands as the western and eastern fronts collide in Germany makes up the final scene. 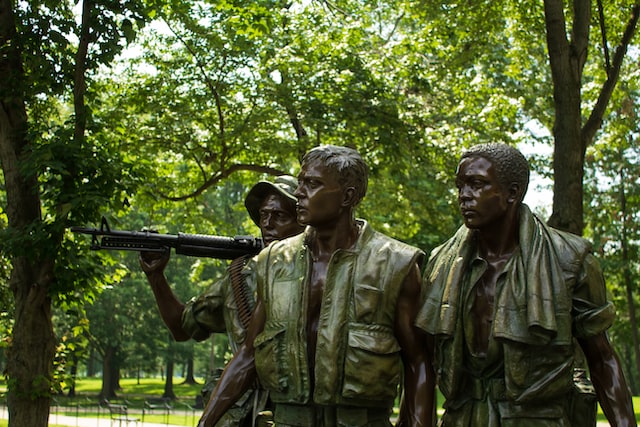 The Vietnam Veterans Memorial is the most popular memorial on the National Mall in Washington, with more than 5 million visitors a year. A huge wall that commemorates the names of the more than 58,000 soldiers and women who died during the Vietnam War is the memorial’s most noticeable feature.

The memorial also has the Three Servicemen statue, the Vietnam Women’s Memorial, the In Memory plaque, and a flagpole with etchings of the emblems of the five military branches that the nation had at the time.

On Veterans Day in 1982, the Vietnam Veterans Memorial wall was officially opened, keeping a vow made by a soldier to never forget those who served and gave their lives during the Vietnam War.

Three figures in a statue honoring soldiers who fought and survived the battle stand guard over the wall. Two years after the wall was dedicated, on Veterans Day in 1984, the Three Servicemen Statue was unveiled. The sculpture’s soldiers are represented as standing 7 feet tall on a foot-tall foundation. Patina was utilized by artist Frederick Hart to add some color variety to the bronze figure.

In order to stand up against what was viewed as a menace to democratic nations around the world, the United States joined forces with UN forces in Korea from 1950 to 1953. At the end of the war, one million and a half American servicemen returned to a world of families, houses, and jobs in peacetime, as well as to a nation that did not want to remember the Korean War. But the Korean War will never be forgotten by the men and women who fought in it.

The passage of forty years had given the war and its aftermath a fresh perspective. The nation decided that it was now appropriate to designate a location as a memorial for the people who fought in this difficult conflict halfway around the world. The Korean War Veterans Memorial pays tribute to Americans who struggled to live free as well as those who gave their lives in the name of freedom.

The Thomas Jefferson Memorial stands out amid the incredible variety of monuments and memorials in Washington, DC because of its location and architectural design. The memorial is, created of John Russell Pope in 1925, is modeled after the Pantheon in Rome, an adaption of the Neoclassical style that Thomas Jefferson himself appreciated. The building is situated on the National Mall’s Tidal Basin, a sizable body of water surrounded by DC’s well-known cherry blossom trees. The memorial casts a lovely, shimmering image on the river on moonlit nights, and in the spring, cherry blossom trees bloom alongside it.

Words from several of Thomas Jefferson’s writings can be found on the walls of the Jefferson Memorial; one conveys his viewpoint on the freedom of religion, and another emphasizes the necessity of amending laws to reflect the times.

The southwest wall of the memorial contains one of its most striking features. The words “We hold these truths to be self-evident: that all men are created equal, that they are endowed by their Creator with certain inalienable rights, among these are life, liberty, and the pursuit of happiness,” which are taken directly from the Declaration of Independence, and are located on the left side of Jefferson’s statue.

A trip to the Franklin Delano Roosevelt Memorial will take visitors back in time to a difficult period in American history when there was a global economic downturn. Four “outdoor rooms” that each reflect one of President Roosevelt’s four terms as commander-in-chief make up the memorial honoring the 32nd president of the United States.

Engravings of 21 well-known quotations and waterfalls falling over red South Dakota granite surround bronze sculptures of the president, First Lady Eleanor Roosevelt, his devoted dog, and First Pet Fala, as well as scenes from the Great Depression of fireside talks and standing in bread lines. The memorial offers a comprehensive encounter and unmatched insight into the struggles of America’s longest-serving president. 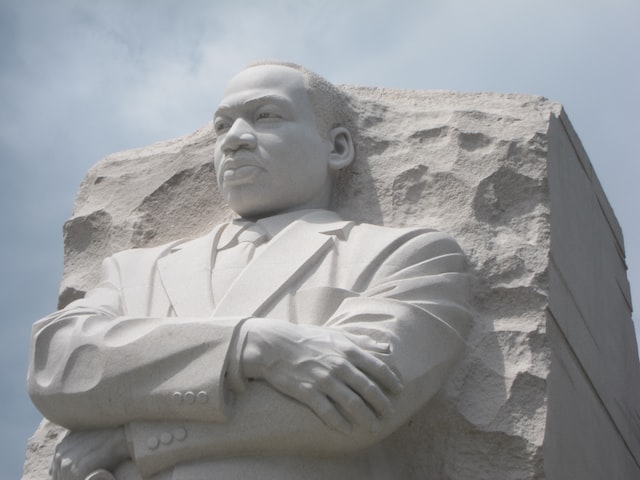 The Franklin D. Roosevelt Memorial and the Lincoln and Jefferson memorials can can be seen clearly from the Martin Luther King, Jr. Memorial, which is located on a four-acre location along the Tidal Basin of the National Mall. In recognition of the Civil Rights Act of 1964, a significant piece of legislation in which King played a significant role, the organization’s official address is 1964 Independence Avenue SW.

In the 1960s, Dr. Martin Luther King, Jr., one of the most prominent figures in the Civil Rights Movement, rose to fame thanks to his stirring speeches and advocacy of nonviolent protest. On the steps of the Lincoln Memorial, he delivered the renowned “I Have a Dream” address while leading the illustrious March on Washington in 1963.

The memorial, which was unveiled in 2011, is the first to memorialize a man of color and the fourth to honor a non-president in Washington, DC. The location was created as a permanent memorial to Dr. King’s work and will always stand as a symbol of the freedom, opportunity, and justice he stood for. 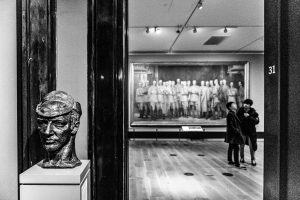 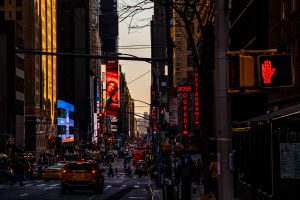 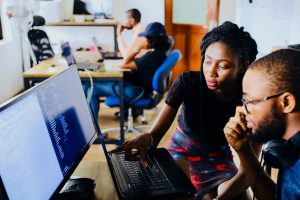